Let’s imagine you’re planning a camping trip and want a tent that can be assembled quickly and easily. Instant tents and fast-pitch tents are not new to you. So, you want to choose between an instant tent and a fast-pitch tent. As such, comparing the Fast Pitch Tent vs. Instant Tent will help you decide which one is best.

Since the two models are similar, choosing between a fast-pitch tent and an instant tent might be challenging. There are really few differences between the two, so you can do OK with either one. Both the instant tent and fast pitch tent are easy to set up and need little time to pitch.

Now that you know that, read on to find out everything else about them. 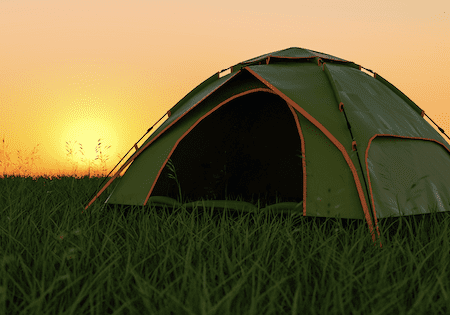 The term “instant tent” refers to tents that may be erected in a matter of seconds. Putting it together will take no more than a minute. Instant tents normally feature extremely basic pole structures, which allows you to undertake a fast setup.

Instant tents are a category of tents that includes any tent that can be set up in a matter of minutes. It’s possible to quickly set up certain tents by unfolding them and clicking them into place, thanks to poles that are sewn into the ceiling.

Some quick tents’ roofs are built up with an “umbrella”-like mechanism. Whereas, some others have sides that fold out to form a pyramid shape, much like a box.

Fast-pitch tents are only a subtype of instant tents, and there really isn’t any difference between the two.

Actually, Coleman has a trademark on the term “fast pitch tent,” which they use to market their instant tent. However, there are some notable design differences between it and a regular instant tent.

A fast-pitch tent is easier to pitch than a conventional tent since its poles are already linked and color-coded to indicate where they go in the tent’s central hub. Setting them up also doesn’t take long, at most five minutes. 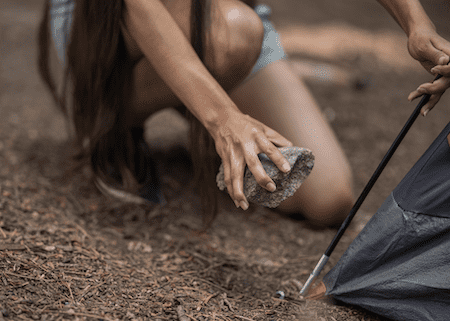 As you know, there is no relevant difference between fast-pitch tents and instant tents, despite the names. The assumption is also valid as they are quite similar in many ways.

The essential aspects of their construction are identical to one another. Both types of tents normally arrive with poles that are already connected to the external layer and ready to be attached.

Even in rainy conditions, water may easily drain off the automated dome shape of the tent, be it a fast pitch tent or an instant Tent. This is only one of the many advantages of this type of tent.

You’ll appreciate this functionality if you see yourself assembling in the rain, snow, or any other form of weather.

There is no difficulty in transporting one of the tents we are talking here. Their versatility makes them easy to take apart and reassemble in a new location. In the event that you have to relocate or pick up your campsite, you’ll need to pack up and leave as soon as possible.

You can set it up whenever you want, wherever you are, and there’s no need for assistance.

Besides, both types of tents have similar fabrics, as only fully waterproof materials are utilized. Even if there are windows, they will be covered with waterproofing material and come with a tarp in case it rains.

You are aware of the similarities between the two, after all. Now is the time to figure out how you can differentiate between the two. Though they have an abundance of similarities, we have found some noteworthy differences, and here they are.

Both of them require very minimal time to set up, just like their names say they should. On the other hand, setting up a fast pitch tent takes significantly longer than setting up an instant tent. Coleman’s “fast pitch” tent doesn’t have to be assembled in under a minute, even if the name suggests it should.

It takes far less time to set up than any of their other traditional tents; thus, the company refers to it as their “fast pitch” tent. When it comes to the quick tent, setting it up simply takes one minute. On the other side, setting up a fast pitch tent often just takes approximately five minutes.

Considering that you are aware previously that there are few differences between the two of them.

The design of the tent poles and the amount of time required to put them up are the primary aspects that differentiate instant tents from fast-pitch tents. The amount of time it takes to set up a Fast Pitch tent is proportionately comparable to the level of quality it offers.

Instant tents are a good option, though, if all you want is a shelter that sets up itself with a minimum of fuss. The assembly of a fast pitch tent is similar to that of a standard tent, except it takes much less time. 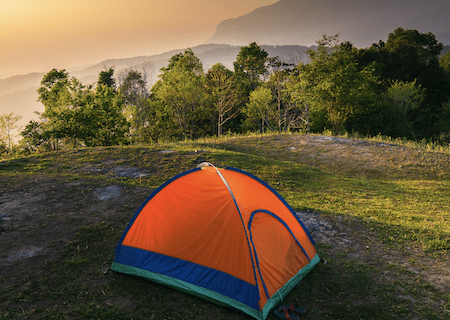 In order to compare two things, you must first search for the similarities and similarities they have. It is obvious upon closer inspection that both of them are instant tents. The term “fast pitch tent” was given to the product by a specific manufacturer.

The primary characteristics, such as the design, materials used in the construction of the fabrics, and structure of the tents and poles, are the same between the two tents. Besides, they weigh so little that moving them around won’t be a problem at all due to their portability.

To differentiate between the two, you might claim that the setup time is different for each, despite the fact that both require relatively little time to pitch in the ground.

It is due to their pole orientation, which is a very small difference as fast pitch tents take not much more than five minutes while regular instant tents take less than one minute to set up.

When And What Type Of Tent To Choose?

As with any outdoor activity, time is of the essence when camping. On a camping vacation, you don’t want to waste time on mundane tasks like pitching your tent. An instant tent provides the answer to the problem of how to go camping quickly.

In situations when setting up a tent shouldn’t take a whole day or cause everyone involved frustration, instant tents are a fantastic choice for camping with families, groups, or even on your own. In most situations, fast tents can be set up in under five minutes, thanks to their smart mechanisms.

If you are a fan of Coleman’s gear, you also have the option of purchasing a fast-pitch tent. There is no need to worry about them taking more than five minutes to set up.

What Kind Of Tent Goes Up The Quickest And Easiest?

The pop-up tent is the fastest to assemble, taking only seconds at most. The moment you release them from their bag, they snap into a tent form, and the only assembly required is the placement of four pegs at the tent’s four corners. They are more convenient and quick to set up than the average instant tent.

What To Do To Set Up An Instant Type Tent?

When you stretch the poles that are already linked to an instant tent, the tent begins to take shape.

After that, all that is required of you to keep the tent from carrying away is to stake it down and hook in either guy’s lines that were already fixed. The complete setup should take no longer than a minute at the most.

Instant tents often receive a coating of solid polyurethane (PU) after being constructed with a combination of polyester and nylon materials for increased longevity.

There is also a type of immediate tent known as a fast pitch tent. Therefore, both of them are watertight, making them suitable for camping in damp weather.

The comparison of “fast pitch tent vs. instant tent” is unnecessary because they have a lot in common. Each tent has a different name to draw in consumers, but they are essentially identical inside.

You won’t discover any game-changing distinctions. Since the advent of modern technology, pitching tents has become a breeze.

Unlike more traditional tents, setting up these ones will take you only a few minutes. They are easier to carry about and last longer than the standard ones.

Hey, I'm Fred Hoffman, founder of The True Wilderness. I've been exploring nature since I could walk, and my passion for it never ends. My mission is to show people that there's more to life than just the city. There's a whole world of beauty waiting for them out there, and I hope to inspire as many people as possible to get out and explore. I love to share the experience I've gathered throughout my life to make everyone's outdoor adventure smooth and enjoyable. 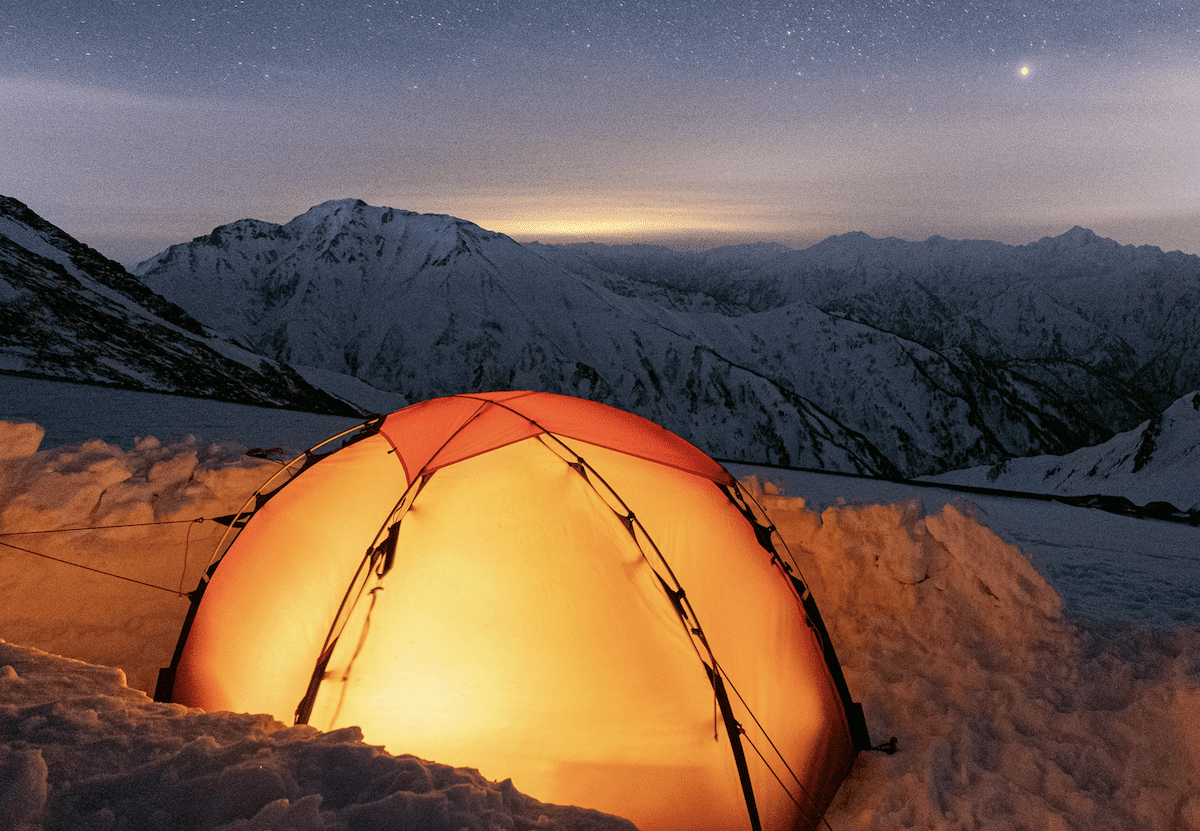 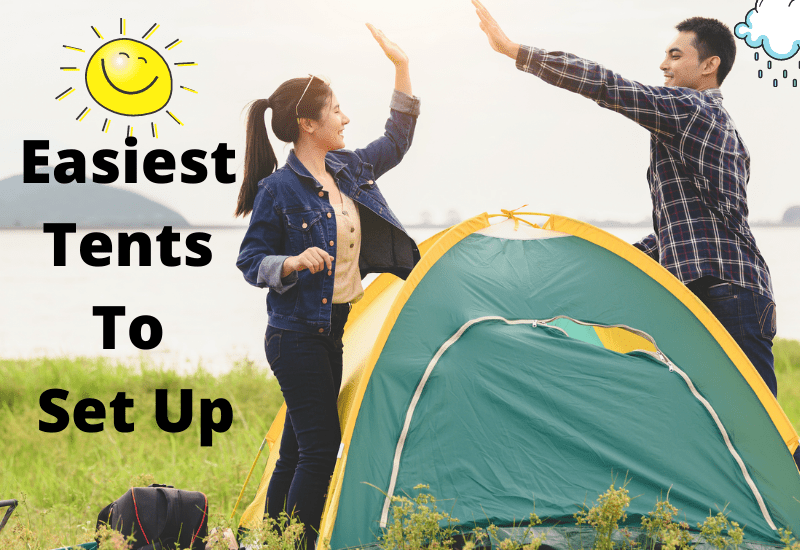 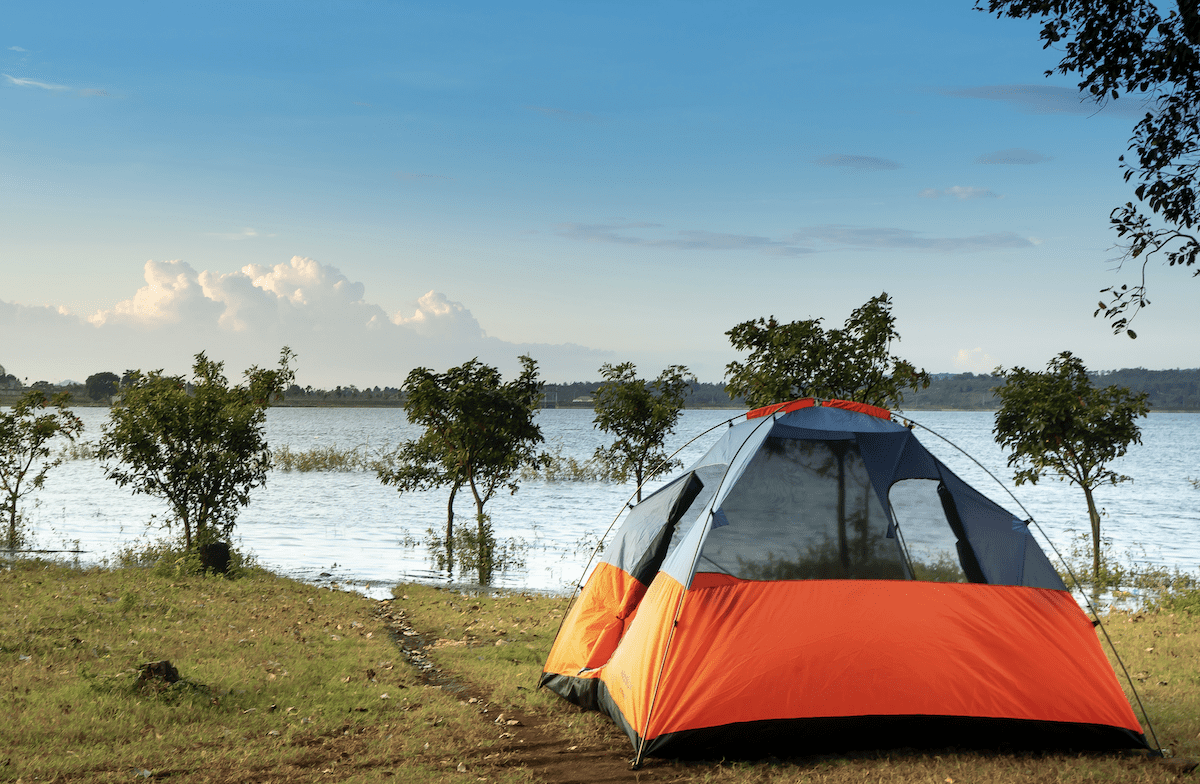 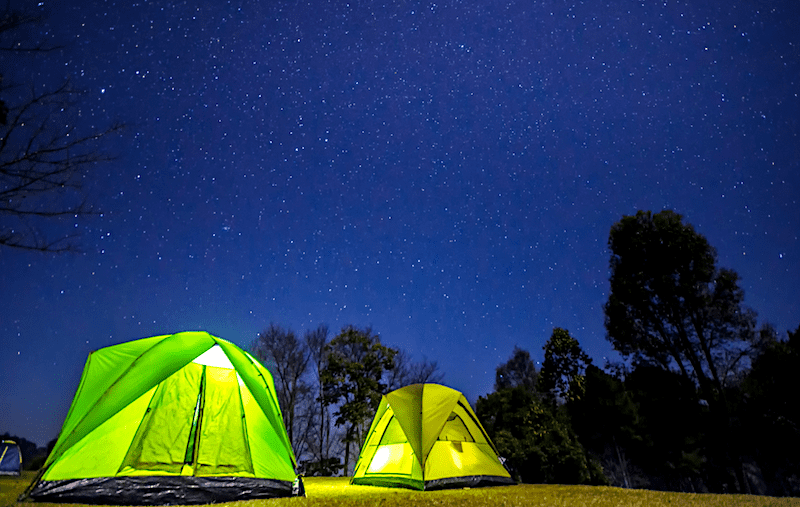 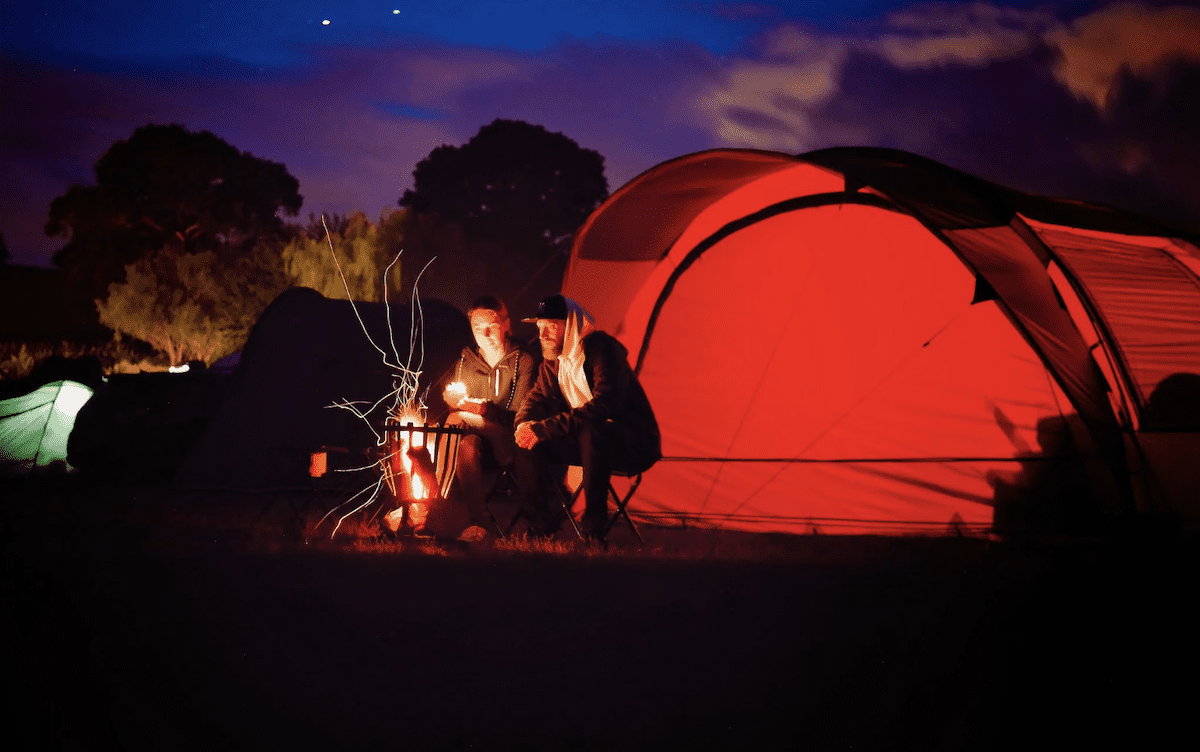 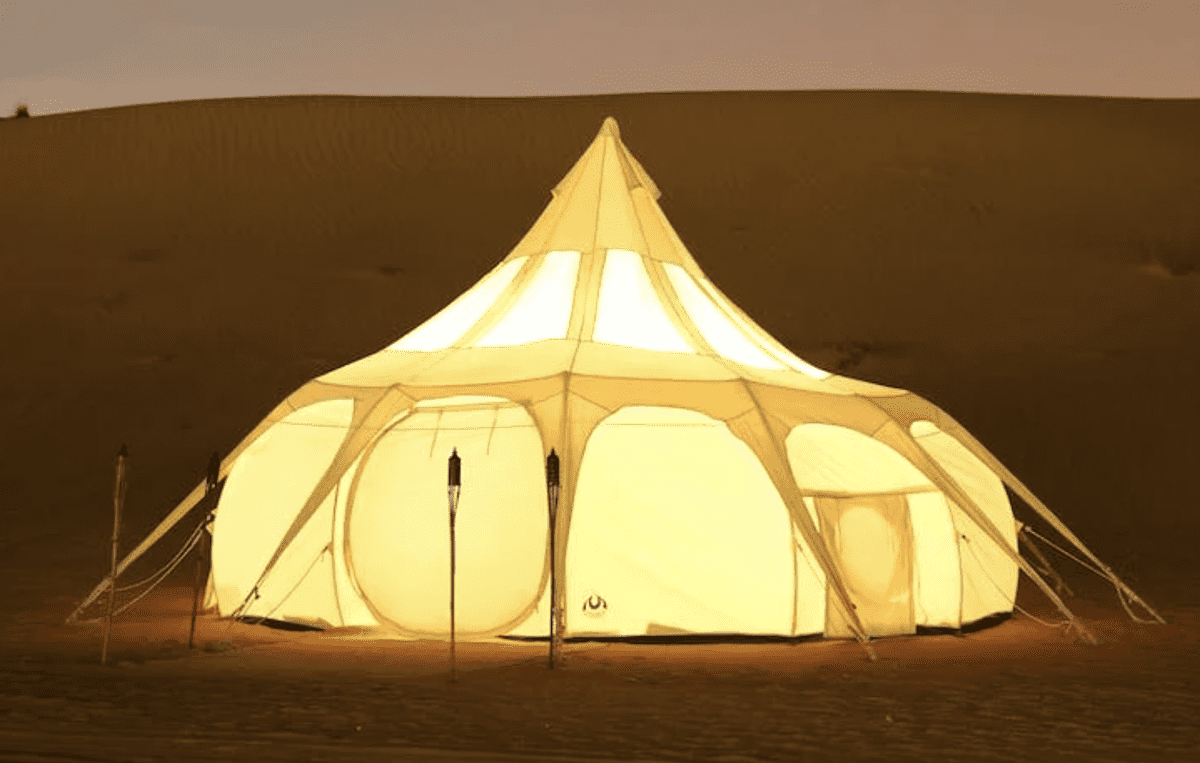 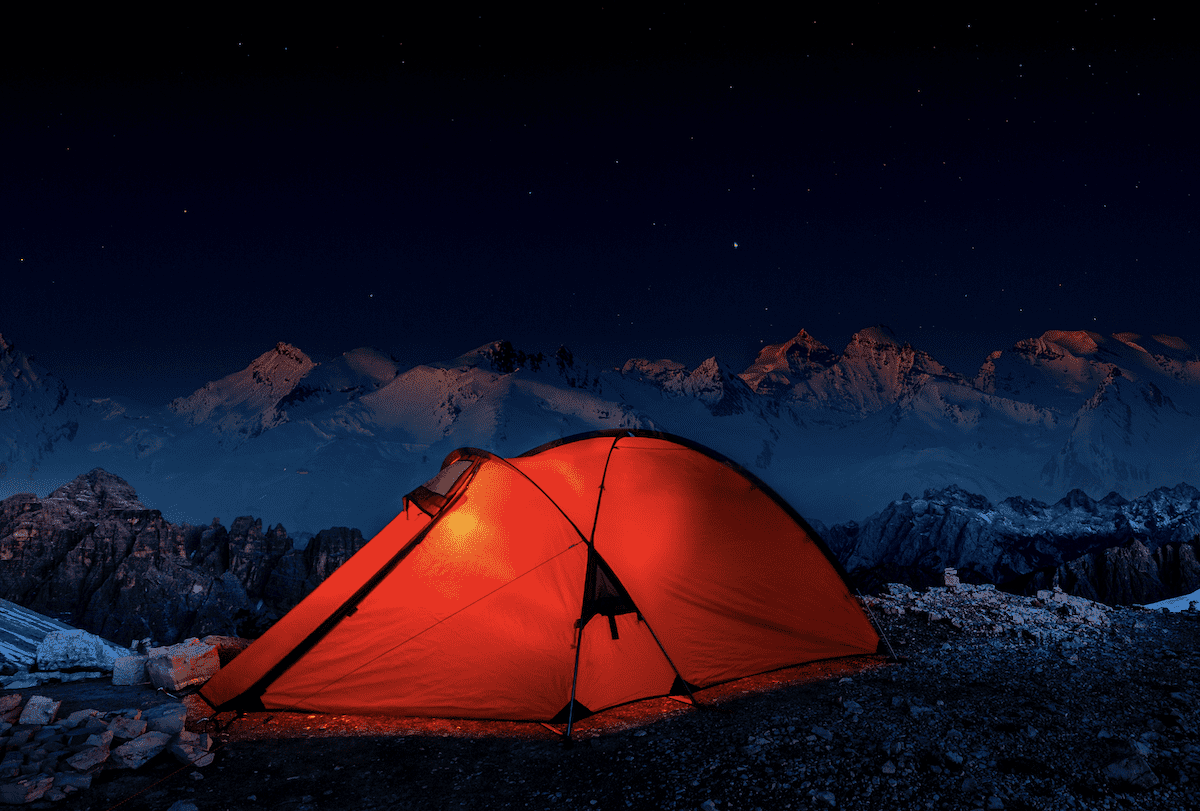 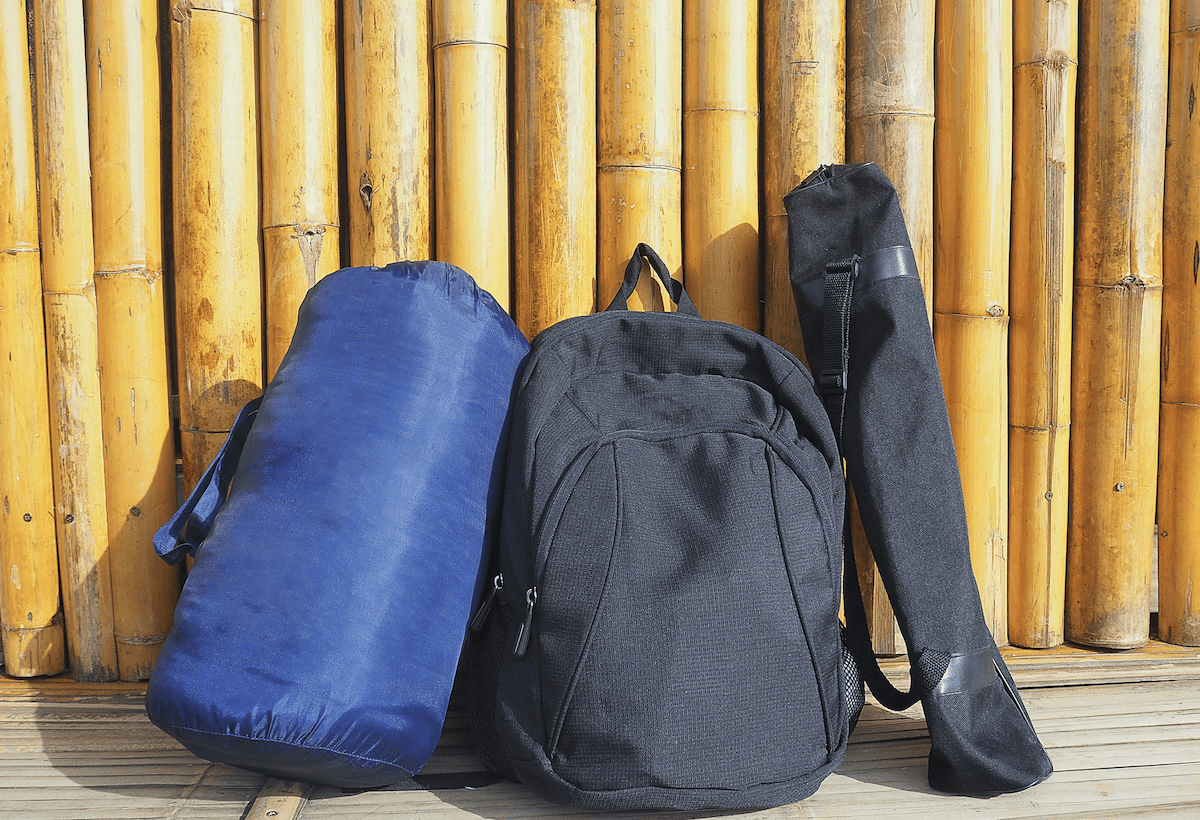 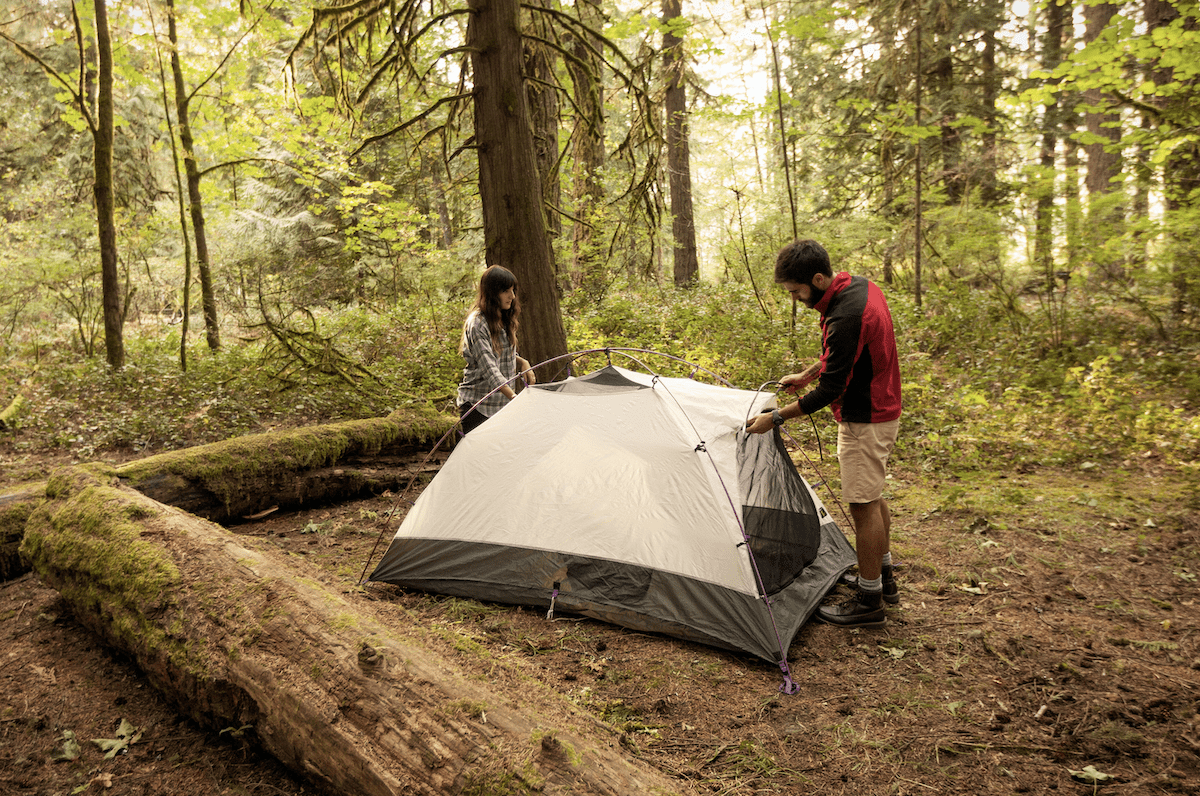 TheTrueWilderness.com is a participant in the Amazon Services LLC Associates Program, an affiliate advertising program designed to provide a means for sites to earn advertising fees by advertising and linking to Amazon.